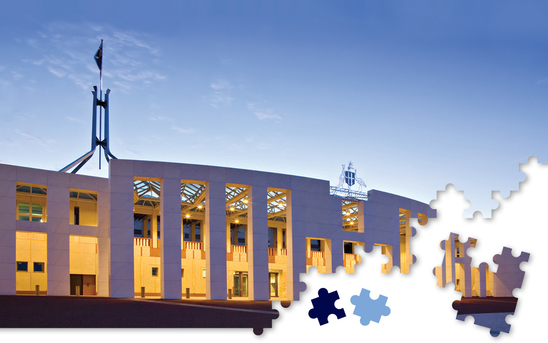 For the second time in 2022, the government of the day has delivered a Federal Budget. Last night’s Budget was the first delivered by the new Labor government that was elected in May 2022.

END_OF_DOCUMENT_TOKEN_TO_BE_REPLACED

A super window of opportunity 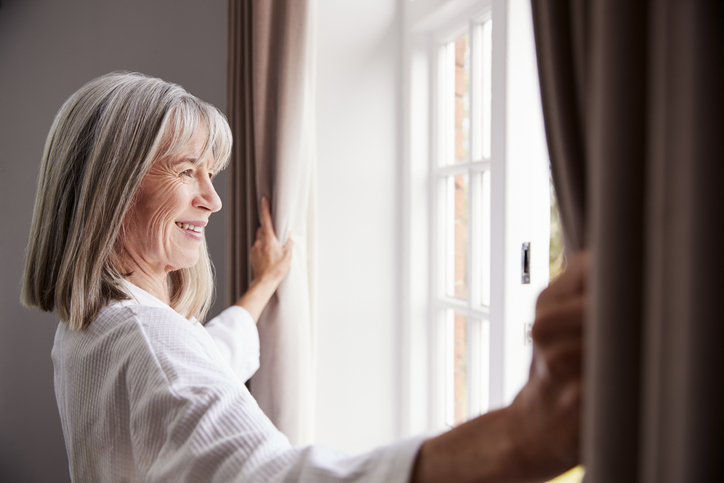 New rules that came into force on July 1 will create opportunities for older Australians to boost their retirement savings and younger Australians to build a home deposit, all within the tax-efficient superannuation system.

END_OF_DOCUMENT_TOKEN_TO_BE_REPLACED

Salary sacrifice to cut tax and boost your super 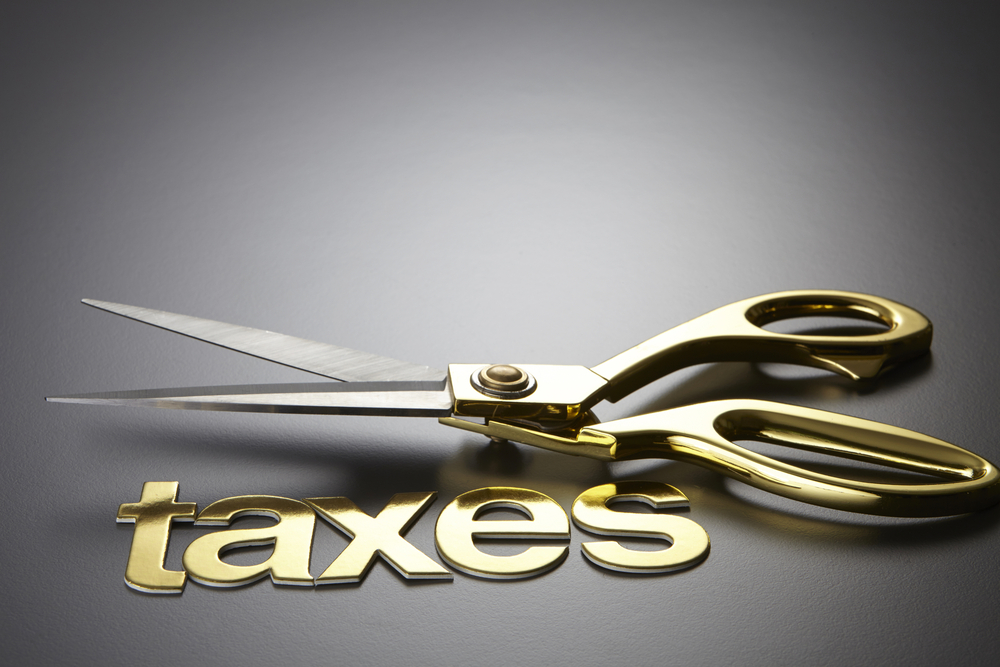 Talking to your employer about setting up an arrangement to “sacrifice” some of your pre-tax salary could potentially lower your tax bill – and boost your retirement nest egg.

END_OF_DOCUMENT_TOKEN_TO_BE_REPLACED 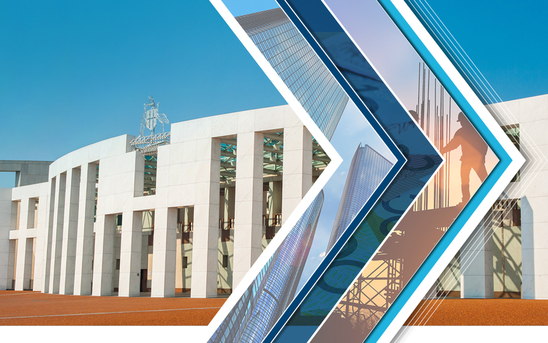 A balancing act Billed as a Budget for families with a focus on relieving short-term cost of living pressures, Treasurer Josh Frydenberg’s fourth Budget also has one eye firmly on the federal election in May.

END_OF_DOCUMENT_TOKEN_TO_BE_REPLACED

Avoid the rush: Get ready for June 30 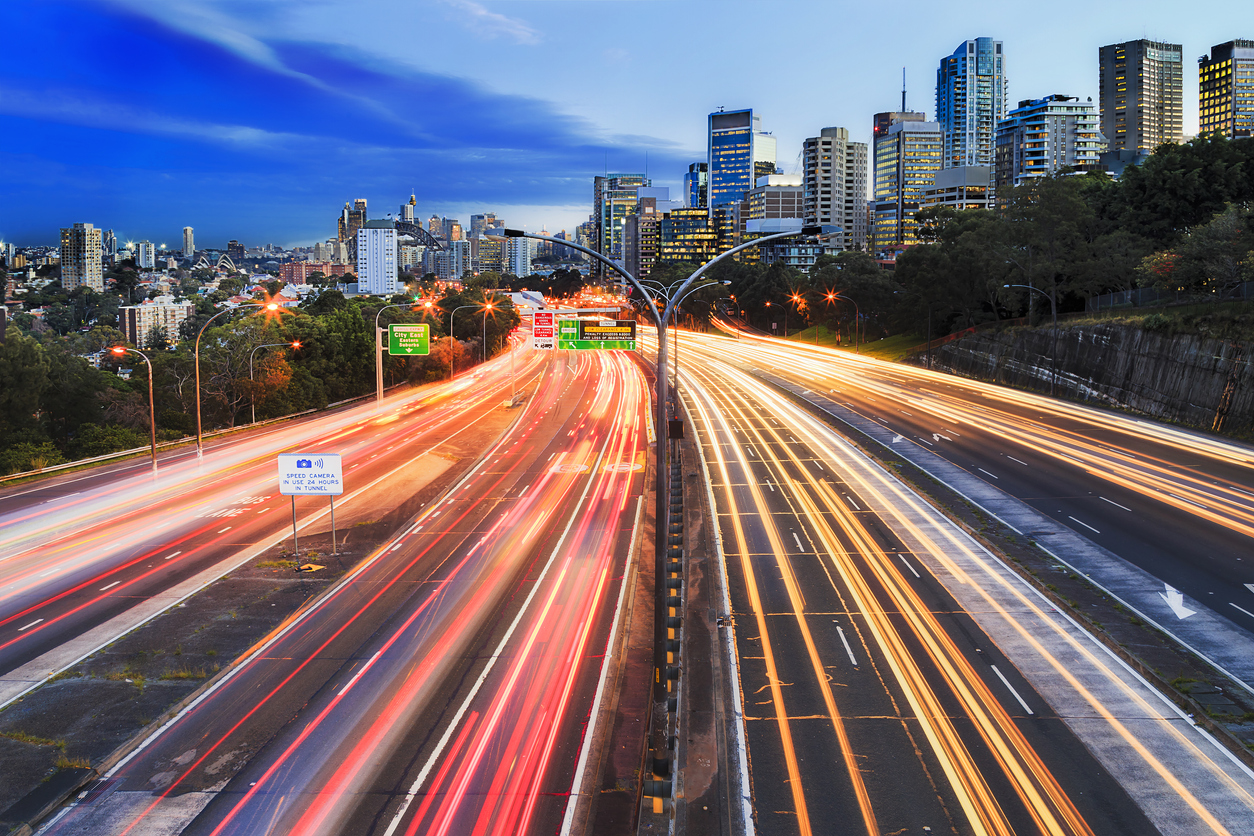 It seems like June 30 rolls around quicker every year, so why wait until the last minute to get your finances in order?

END_OF_DOCUMENT_TOKEN_TO_BE_REPLACED

Your SMSF – wind it up or pass it on? 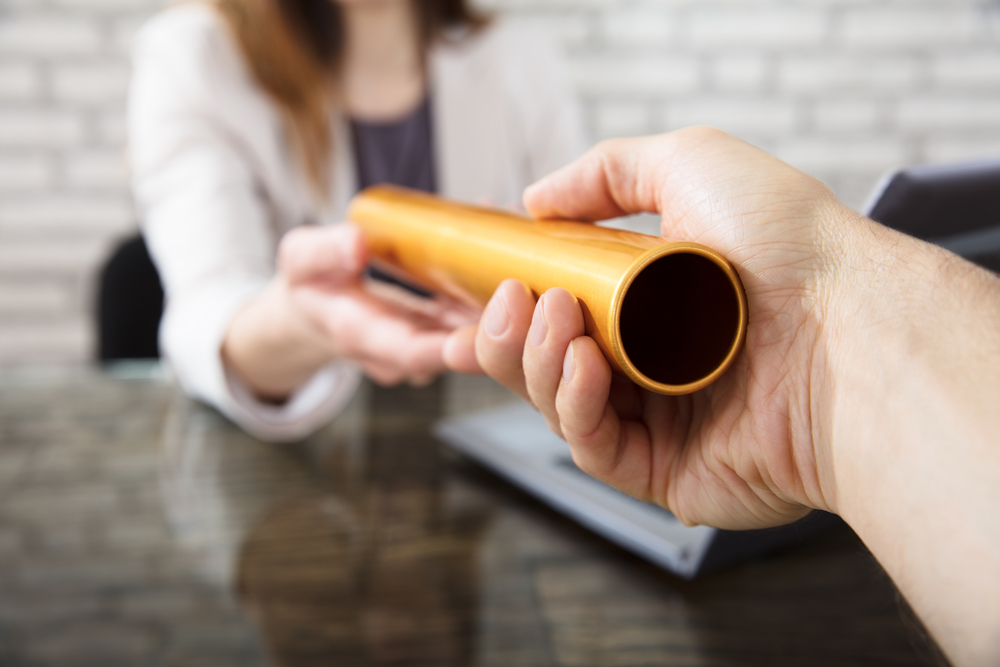 Legislation has come into effect allowing a maximum of six members in an SMSF. What does this mean for your SMSF, and will this make it easier when it comes time to pass your super on to the next generation?

END_OF_DOCUMENT_TOKEN_TO_BE_REPLACED

The Costs and Benefits of SMSFs 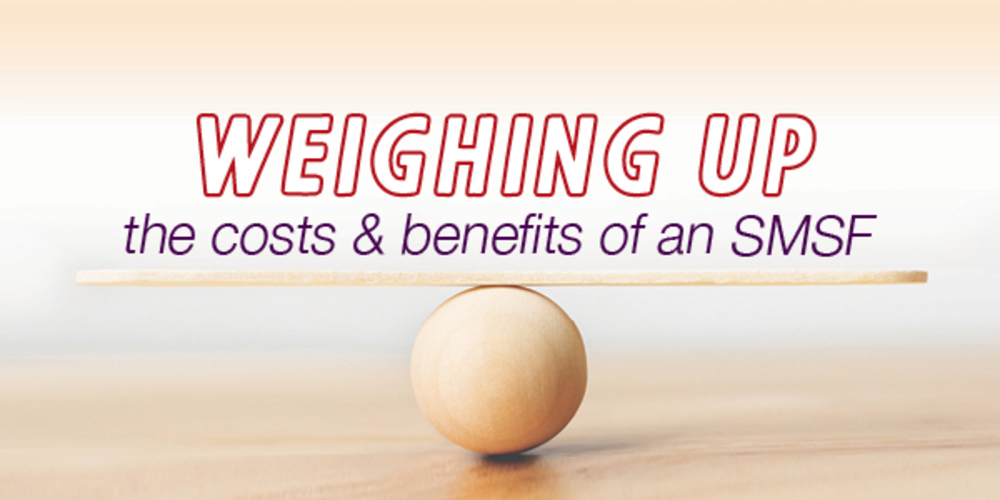 What are the arguments for and against having your own Self Managed Super Fund (SMSF)? We discuss in our latest post.

END_OF_DOCUMENT_TOKEN_TO_BE_REPLACED 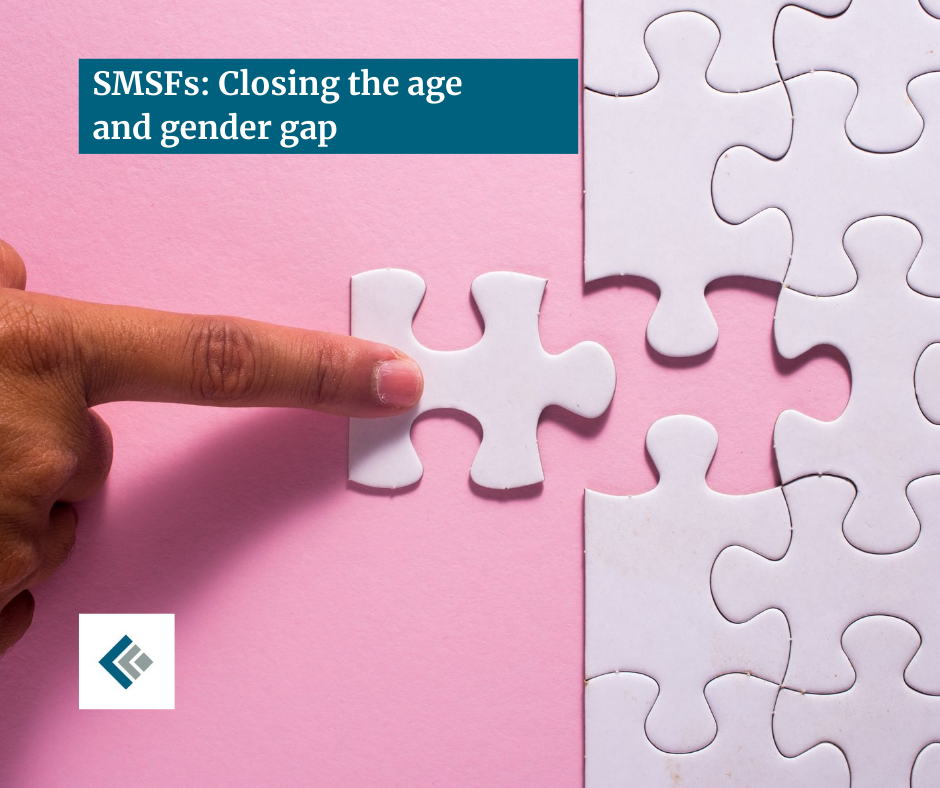 A recent ATO report showed Australians under the age of 45 now make up around 47% of all new SMSF trustees. So what’s driving younger people to SMSFs?

END_OF_DOCUMENT_TOKEN_TO_BE_REPLACED

SMSF UPDATE: What are the changes?

Legislation has passed, taking effect from 1 July 2021, which increases the number of members allowed in an SMSF from 4 to 6. How could this impact you?

END_OF_DOCUMENT_TOKEN_TO_BE_REPLACED 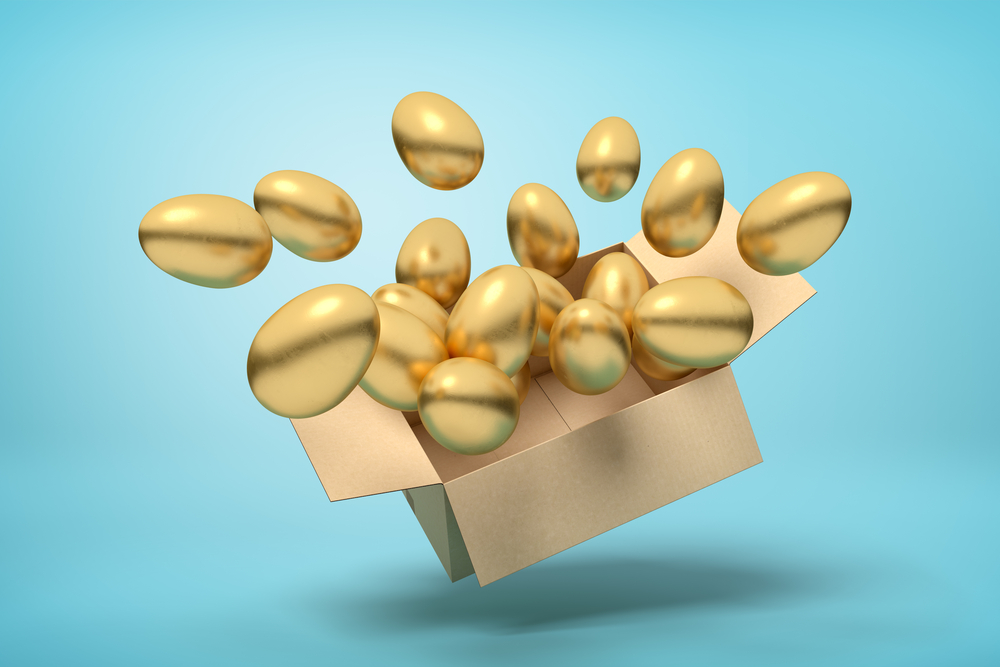 Separation and divorce can be a challenging time, often made all the more difficult when you have to divide your assets. So how do you go about decoupling your superannuation?

In years gone by, superannuation was not treated as matrimonial property, so divorce settlements typically saw the woman keeping the house as she generally had the children and the man keeping his super. In a sense, neither party won. She ended up with a house but no money for her retirement while he had nowhere to live but money for his later years.

To remedy this situation, since 2002 super can be included when valuing a couple’s combined assets for a divorce settlement. After all, these days super is probably your second largest asset after your family home.

While super is counted in the calculation of the total property, that does not mean it is mandatory to split the super – the choice is yours.

Unlike the early 2000s, both partners are likely to have superannuation these days although traditionally women will still tend to have lower balances.i On average, women retire with just over half the super balance of men and 23 per cent of women retire with no super at all.

As a result, many divorcing couples may end up splitting super along with their other property.

How to split your super

If you decide to split your super, then you have three avenues, but keep in mind that all require legal advice.

The three ways to split your super are:

A court order is the last resort if you can’t agree on a property settlement.

You can split your super as you choose both in terms of the amount and the timing. You can split it as a percentage or as an agreed figure and you can choose to split it immediately or at some time in the future. Much will depend on each of your life stages.

But whatever you decide, you MUST comply with the superannuation laws. Money received from your partner’s super must be kept in super unless you satisfy a condition of release. You also need to be mindful of taxable and non-taxable components and divide them equally.

How does it work?

Susie would nominate a fund and the money would be transferred.

If you have a binding financial agreement or a court order, this transfer of assets from one fund to another will not trigger a CGT event. But if you don’t have such an agreement, then John would trigger a CGT event on the $150,000 he transferred. Susie, meanwhile, would have the advantage of resetting the cost base on her received $150,000. So, a win for Susie, but not for John.

If John happened to be in the pension phase but Susie was still too young, the money that is transferred from his super to Susie will be treated according to his situation. As a result, Susie would be able to access the money before she reached preservation age.

If you have a self-managed super fund, the situation could get a little more complicated as you have to deal with the issue of trusteeship.

If there are only two members/trustees in the fund and Susie chose to leave, then John would either have to find a new trustee within six months or change to a corporate trustee where he could be the sole director.

Assets within an SMSF can also prove an issue, particularly if a sizeable proportion of the fund was tied up in a single asset such as commercial premises. How easy would it be to sell the premises? What if the property was John’s business premises and the means by which John was in a position to pay Susie child support? These are questions that need addressing.

If you are in the process of divorce or considering it, please reach out to the Sherlock Wealth team here to help you plan your finances before and after the event.